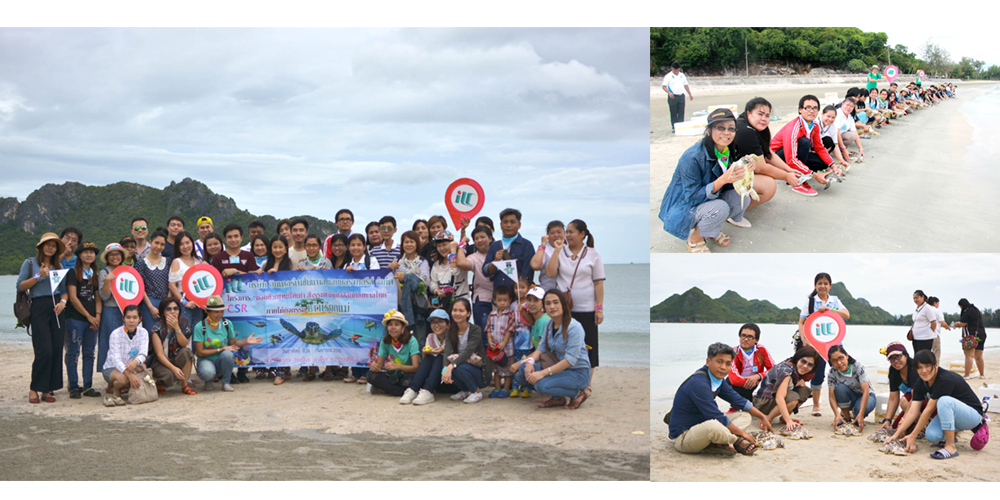 ILC project “Returning Sea Turtles to the sea”, an activity to conserve sea turtles which has been an Initiative of Queen Sirikit of King Rama the 9th. In cooperation with the Department of Marine and Coastal Resources, and the Royal Thai Navy in Sattahip, in adopting sea turtles offsprings and caring for them for one year, prior to releasing them into the sea which is their natural environment. This activity has been going on for 6 years since 2012 with the total of 266 turtles released.